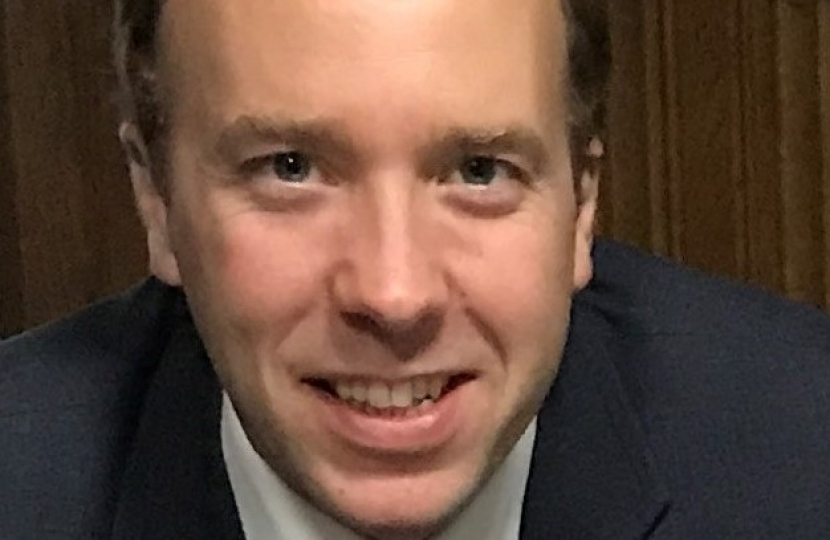 It is fantastic to be here, at what has rapidly become one of the most exciting events of London Tech Week.

I’d like to pay tribute to somebody who has really helped to make it happen.

That is Nicola Mendelsohn, the outgoing Chair of the Creative Industries Council.

Thank you Nicola and the best of luck for the future.

The truth is that despite representing less than 1 per cent of the world’s population, the UK has one of the largest creative industries of any country. Our footprint and our reach across the world is vast.

Three of the six most visited museums and galleries in the world are here in the UK.

The three highest grossing films of last year were all shot in British studios.

And in 2017, we supplied eight of the ten best-selling albums.

At the heart of this creative success is the transforming power of technology.

Increasingly, theatre is blending with film and computer programming is merging with sculpture.

And our future is built on the nexus between art and technology.

That nexus is best demonstrated by the video games industry, where fine arts students share the same desks as computer engineers.

They work together to understand each other and learn from each other, so they could use the best of technology to better realise their creative vision.

When we look right across the piece, there are many examples of the combination of creative brilliance and technical excellence. And that is where Britain’s bread will be buttered for many years to come.

As the robots increasingly do the boring stuff, it is the creativity and the ingenuity of the human mind that cannot be replicated by the machines.

While the UK technology and cultural sectors might make the ultimate power couple, we also need to keep working to make this marriage a success.

Because audience expectations are evolving and we all need to evolve too.

Audiences now want to consume culture in a way that is personal to them.

They are no longer passive recipients but have increasingly high expectations.

And we need to make sure that the right structures are in place to support this transformation.

I want to talk just about two things today, that I think are vital. Firstly, making sure we have the digital capability in our creative and cultural organisations to get the most out of it.

This comes down to many things. A full spectrum, all the way from getting people onto the Internet for the first time, all the way through to our highest standard capabilities.

The need for this will be keenly felt in our creative industries, as areas like intellectual property and data analysis become at the core of business rather than something nice to have.

I am thrilled that the Arts Council, working with the Heritage Lottery Fund, have done an enormous amount to get to the cutting edge.

They are piloting a Digital Maturity Index for cultural organisations to better understand and improve their own digital capability.

But the technology is moving so fast that everybody can do more. I want to see cultural and creative organisations, in particular, partnering with technology companies, large and small.

The opportunities for a symbiotic relationship between these two sectors are vast and increasing.

And the benefits are clear; inspiring creativity and connecting with new audiences.

The second point I wanted to make is about how technology allows for global reach.

I’m delighted, for instance, that Tencent is here today, along with other global players.

They are creating output that is a shop window for Britain and for our artistic capability and innovation.

Film and high-end TV alone attracted over two billion pounds of inward investment to the UK in 2017.

Our creative industries generate increasing numbers of jobs and attract the brightest and best global talent to Britain.

But it is more than just economics. Our creative industries tell our story around the world, and that has rarely been more important than now.

So I would urge everyone to do their part.

We are here in London Tech Week and our digital dynamos are also forging ahead.

We have seen double the amount of tech investment over the last year and we are the third highest global investment location in tech after the USA and China.

And only a few weeks ago London was once again ranked as the leading tech hub in Europe.

I hope that you can play your part. In expanding and enhancing digital capability and ensuring that we tell our story around the world - yes for economic benefit, but also to make sure that our story is told.

But in Government, we can’t do that on our own.

We love the fact that you’re out there doing it and I’m delighted to be able to work with you as you do so.

As you keep breaking those barriers and using the best of technology to showcase the best of British culture and British creativity right around the world.