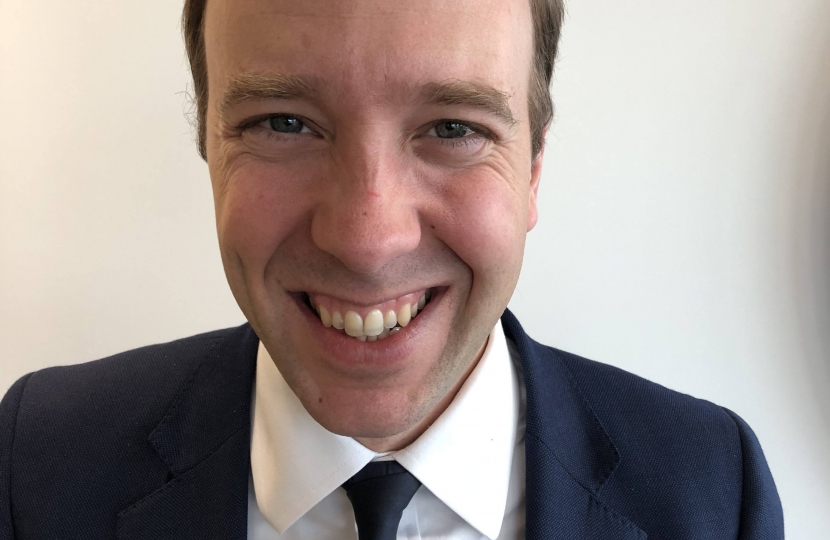 I want to wish all the readers of the Bury Free Press a very Happy Christmas.  As we come to the end of 2018, this time of year is typically a time to reflect on the past twelve months and to think about the year to come, hopefully with anticipation and enthusiasm. This is my ninth Christmas as the MP for West Suffolk and there has been no shortage of news in the past year from both Parliament and from my West Suffolk constituency. Being in this job for a while now doesn’t make it any less interesting, in fact, the opposite is proving to be true.  Politics is changing, it is becoming less predictable.  We have seen this in democracies around the world, and the UK is no different.

As I write this, we have just come through the vote of confidence in Theresa May, the Prime Minister. She is a woman of great integrity, and she has been a resilient Prime Minister at the helm at a very difficult time.  I have backed her 100% from the start and I am so pleased that we now have stability within the Party to carry out the Brexit negotiations that she has started.  A leadership election now would have been wrong, it would put our country's future at risk, when we should be pulling together for the sake of the national interest.

Brexit has dominated the headlines this year and I am well aware of the strength and depth of feeling about it when I go through my postbag.  As you can imagine, a significant number of constituents have written to me about the deal, many agreeing with the Prime Minister and the deal. Of those who disagree, equal numbers have argued for no deal or a second referendum.

I campaigned to remain in the EU, but I said before the vote that we must respect the outcome no matter the result and I am committed to doing so. The result was clear, and I was elected on a manifesto to deliver that result. Turnout was larger than at any election since 1992 and no party in British history has ever received as many votes as the vote to leave did. I therefore think we have a duty to deliver the referendum result and I am striving to provide a deal that unites the country.

In the summer of 2018 I was appointed Secretary of State and the Department of Health and Social Care. I have always been a huge supporter of our brilliant NHS and it is a privilege to be joining at such an important moment at the NHS’s history and to work alongside our incredible staff across the country. At Christmas, I would especially like to pay tribute to our NHS staff and emergency services who will be working over the holidays and we all value their hard work and dedication.  It’s extremely unfortunate to be unwell over the holiday season, so we are very lucky to have such a fantastic health service to support us at that time.

In West Suffolk, there has much to be pleased about. The improvements at the Fiveways roundabout have taken place – I had long campaigned for changes there and traffic signalling as well as other upgrades have been put in place. We have recently had news of a grant of £13.4m to redevelop A&E services at the brilliant West Suffolk Hospital and over £1m for Newmarket Community Hospital for expansion to accommodate more GP services. My work continues to get a cinema for Newmarket and for improvements to the A1307.

I’m sure 2019 will be just as exciting, interesting, and challenging for everyone in Westminster and West Suffolk, but I know we have the talent, grit and determination to thrive.

May I take this opportunity to send you, your family and your friends all my warmest and best wishes for a very Happy Christmas and a peaceful and prosperous New Year and let us look forward with hope to the next year to come.

I’m really excited for the rebuild of the West Suffolk hospital.