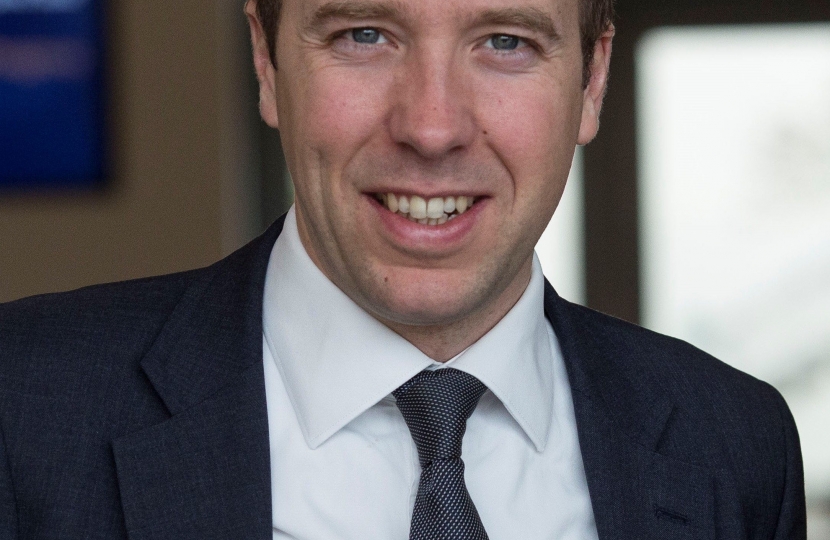 Thank you for that introduction, and for inviting me to join you here today.

The Law Society, one of our oldest and most distinguished professional bodies, has often been a loud voice for fairness and reform.

So it is a fitting venue to be here talking about the power of blockchain, a technology which is set to have a monumental impact on our lives.

I have been interested in blockchain technology for many years. In 2016, I wrote in a Government Office for Science report that this technology would lead to exceptional levels of innovation across the world.

That has been borne out by events. We began with Bitcoin, a system for transferring and storing value.

And we now have a newer generation of blockchain allowing the transfer of a wider array of assets and the encoding of more complex rules and programmes. And there is no sign of this pace of innovation slowing.

It is wonderful to see everyone coming together today to explore the potential of blockchain and look at how it can be adopted even more quickly.

This is something I care about very strongly and you can be sure that the Government will be supporting you.

Today I’d like to talk about three vast areas of our public life where blockchain has huge potential. Our financial sector, our Government services and our laws and regulation.

First, our financial sector. The UK has already been reaping the benefits that fintech can bring. It employs 61,000 people in the UK, more than the combined Fintech workforce of Singapore, Australia and Hong Kong.

And our financial regulators are leading the world in encouraging innovation.

The Financial Conduct Authority’s Sandbox, which lets firms test products and services in a live market environment but with appropriate safeguards, is being copied by like-minded countries around the world.

And across the first two cohorts of companies it supported, the most popular technology employed was blockchain.

The government’s Fintech Strategy, published just last month, sets out how we will build on that success.

Following the colossal growth in interest in new cryptoassets like Bitcoin, the Government has established a Cryptoassets Taskforce, consisting of the Treasury, Bank of England and Financial Conduct Authority.

This Taskforce will be reporting in the Summer. It will set out an approach that balances the need to encourage innovation and growth, whilst managing the risks.

While FinTech may have taken an early lead on blockchain, there is no reason the technology should be restricted to one sphere. And although it gets a lot of the headlines, there is much more to blockchain than simply bitcoin and crypto assets.

My second point is that blockchain technology holds real potential to make Government services more efficient. Its multi-faceted nature means we all stand to benefit.

This technology could help us solve some of the great global social challenges of our time.

The World Food Programme is running a pilot in a Jordanian refugee camp, where over 10,000 Syrian refugees can buy food from local shops with merely a scan of their eye.

There is no need for cash, credit cards or paper; the transactions are instead recorded on the blockchain.

And blockchain-based cryptoassets are now being developed to reward solar electricity generation, to support the provision of clean water, and to provide innovative models of charitable giving.

So the benefits are clear and we want to see them here in the UK.

In the Government’s Digital Strategy, published in March last year, we set out how we want to make Britain the best place in the world to start and grow a digital business and to trial new technologies like blockchain.

And governments who embrace emerging technologies, such as blockchain, are the ones who will thrive in the decades ahead.

There is wide interest across Government in deploying blockchain to tackle a wide range of issues, including from Defra, the Ministry of Justice, DFID, HMRC, and BEIS.

The Government has already invested around 10 million pounds through Innovate UK and our research councils, to support blockchain projects in areas as diverse as energy, voting systems and maximising value from items donated to charity.

And there is a benefit which seems particularly timely given recent events. Blockchain can give users more transparency about their data.

There is the opportunity for users of Government services to be able to control access to their personal records and know who has accessed them.

Given our setting today, my final point is how we can make sure the legal sector, and regulators, feel the benefits too.

Lawtech is another field where blockchain provides real opportunities. There are many potential uses, like creating smart contracts, protecting intellectual property and fighting money laundering.

I know the Law Society has carefully considered the legal implications of distributed systems, having published a report on blockchain just last year.

If we develop the right frameworks for lawtech, this could lead to reduced legal costs and better ease of access for those wanting to use legal services.

This is an area of digital I’m particularly passionate about - how technology can blast open access and make life better for everyone.

But as well as thinking of projects, we need to think about frameworks that allow blockchain to develop.

Just as the internet is not governed entirely by individual nations or corporations, it is unlikely that there will ever be a uniform governance model for blockchain technology.

But I am determined that the UK should play its part in making sure blockchain technology is developed in a way that benefits us all.

Where technologies rub up against regulatory barriers, we want our regulators to be alert and responsive and supporting the deployment of new technology where there are obvious benefits.

We know the ever-increasing pace of innovation places pressure on regulators to respond faster.

I want our regulators to carry out their essential roles - preventing harm, providing certainty to businesses and trust to citizens - without stifling innovation.

The Consumer Green paper just published by BEIS is seeking views on how best to achieve this.

And the Regulators’ Pioneer Fund, announced in the last Budget, will see 10 million pounds invested to help unlock the potential of emerging technologies.

While it’s too early to know if blockchain will be a major beneficiary of this Fund, I am looking forward to seeing which technologies are put forward.

Blockchain poses real and searching questions for governments, developers and the legal profession.

What role do nation states have when setting frameworks for these decentralised, cross-border systems?

And how do we address the challenges of smart contracts, when computer coding needs specificity and the law often needs interpretation?

These are all complex issues, requiring careful analysis.

So I am pleased that the Law Commission has committed to looking at this through their 13th programme of law reform, to see how smart contracts can be used in our legal system and what the implications of blockchain are for data protection.

While blockchain has come a long way in a short space of time, it is still very much in its development phase. And I want the Government to play an active part in helping it to develop.

Just as I want to hear your ideas about how we can help you drive blockchain forward, be it in lawtech or any other part of our economy.

History is marked by the rise of new technologies and the ingenuity and creativity they unlock.

That is our challenge and I hope that this room, and indeed this country, will rise to it. Thank you very much.